What is the cloud and am I using it?

How many times have you heard ‘the cloud,’ but you’ve felt a bit silly to ask what it is? If you use Google Drive, Facebook, Instagram – any social media or an online drive for data – well your information is already in the cloud.

The cloud isn’t a cloud. Your data isn’t hiding above your head. Instead, it is a network of servers, which have different functions.

Every time you take a photo with your smartphone and upload it to Facebook or Instagram it is saved in the cloud. If you have purchased or uploaded music which you can share across your different devices, then the music files are being stored on these servers as well.

How much of my data is in the cloud?

It depends on what you do online.

Every time you take photos or videos and upload them to social media, they are stored there. Say you use programs that run from the cloud, such as the Adobe suite, then that’s all there too.

If you work using Google Apps, like Google Drive and Google Docs, then they are all saved there too. Instead of physically having to install software from disks or email word documents to colleagues, working in the cloud lets you be a lot more efficient.

How big is the cloud?

According to Mashable, the major internet companies across the world like Google, Amazon, and Microsoft all have massive remote server clusters so that they can host ridiculously ample storage for users. It’s hard to say how big it is as major companies that host our data won’t reveal their capacity. However, in 2012 Mashable put an estimate on it – at least 1 exabyte.
We estimate that all of documented human history could fit in just five exabytes. It says 1 exabyte of memory can hold the same amount of data as 4.2 million MacBook Pro hard drives. But that was 2012. There are more people online since then, and more apps and ways to store information in the cloud now.

How much do you think it is now? 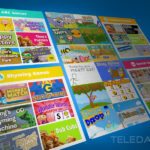 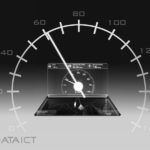 How to with Teledata: Check your internet speed