How The Internet Transformed The World

How The Internet Transformed The World. In 1969 when Leonard Kleinrock, Professor of the University of California oversaw the first message sent across computers several miles away at Stanford Research Institute, little did he and those involved appreciate the momentous stride that it was and how it would set the foundation for arguably the greatest innovative concept of the millennium. That day 29th October 1969 dubbed by Kleinrock as “the day the infant internet uttered its first words.” The message sent by Charles Kline was “LO” word intended was “login” before the computer shutdown.
Twelve years after Charley Kline’s first message on the Arpanet, as it was then known, there were still only 213 computers on the network. But 14 years after that, 16 million people were online, and email was beginning to change the world. The first usable web browser wasn’t launched until 1993. By 1995 we had Amazon, by 1998 Google, and by 2001, Wikipedia, at which point there were 513 million people online. As of 2009, the figure was more like 1.7 billion.

How The Internet Transformed The World. Today the Internet has changed the way we work, study and play. In almost everything we do, we use the Internet. It pervades every facet and aspect of our lives from buying and selling, ordering food, sharing a moment with a friend, sending documents or pictures, mail delivery, information gathering, research paying bills or getting paid. Before the Internet, if you wanted to keep up with the news, you waited for the print to be delivered to you or the morning radio to start broadcasting. But today a click or two is enough to read all current events or news source from anywhere in the world, updated up to the minute, get all the information and knowledge you seek and find or reach all those you want to contact.
Our Series of follow up articles would take a look at how the internet has changed the landscape. We look at how the internet has transformed Communication, Education, Privacy/Security, Culture, Personal and interpersonal relationships, Social and political activism, Consumer trends, economy and what the future 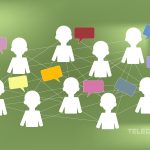 The Internet and Communication